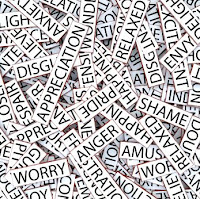 If you want to be a leader,

you have to know how to communicate!

Words are powerful. They can build up and they can tear down. It’s not just the words that make a difference, but the timing as well. A word properly used can bring about change in a situation that desperately needs it. The Bible tells us that “a word aptly spoken is like apples of gold in settings of silver” (Proverbs 25:11 NIV).

For those of us in leadership positions, our words are not only important, they also carry great weight. Although we must choose our words carefully, we also want to ensure that we don’t sit in silence when we need to be heard. Silence may be golden, but it quickly turns to tarnished brass if it lasts too long.

Some leaders think they’re good communicators, but they may overestimate their skills at times. Communication is more than just listening to people and giving feedback. We communicate through our facial expressions, body language and our ability to be attentive to someone. People can quickly tell if we are not paying attention or if we are going through the motions.

No matter whether we are Sunday school teachers or business leaders, we need to pay attention to the way we communicate. There are a number of barriers to effective communication. Here are a few: 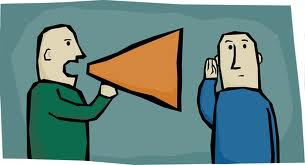 If any of these are in play, the communication is over before it begins.

Good communication also involves picking up on subtle cues and being tuned in to the small things that are happening with the person we are listening to. I was listening attentively to a client as he told me how good he felt that he had worked through some of the issues he had with a former girlfriend. While he was talking I noticed his hands were clutching the arms of the chair rather tightly and his leg was bouncing up and down. His words and body were not in agreement. After a time of listening and watching, I pointed this out to him. Was there more underneath that needed attention? In the end, he decided that he still had some things he needed to work through and made the decision to carry on with his counseling sessions.

Oddly enough, it is when we are attuned to all the subtle and sometimes disturbing cues around us and in us that we begin to hear the sacred things to which God wants us to pay attention. Each conversation is an opportunity to gather valuable information about a person’s background, culture and way of seeing the world. When we pay attention to the details and tuck that information away, it helps us build meaningful relationships. Some call this active listening, but Peter Senge talks about “generative listening” in his book, The Fifth Discipline. It’s really a state of “communion” or “grace” with the other person. Here’s how Senge describes it:

“To listen fully means to pay close attention to what is being said beneath the words. You listen not only to the ‘music,’ but to the essence of the person speaking. You listen not only for what someone knows, but for what he or she is. Ears operate at the speed of sound, which is far slower than the speed of light the eyes take in. Generative listening is the art of developing deeper silences in yourself, so you can slow your mind’s hearing to your ears’ natural speed, and hear beneath the words to their meaning.”

This type of listening is a creative act. It’s divesting your mind of all your preconceived ideas of what you think you know about a person, and opening up to the possibilities that may come out of it. You may end up thinking in a whole new way.

As you learn to listen more effectively to others, you will have the right words to say. We say the wrong things when we don’t understand the person before us and we miss out on what they really need to hear to take them to the next level. That’s because we misunderstand not only what they’re saying, but also who they are. God is interested in who we are, not just in what we do and how we do it. When leaders take time to truly know those they lead, holy, authentic communication is the result.