It was 5:00 AM. Far too early in the morning, too early for me. I usually have a difficult time waking up every morning so I knew something was not right. Here I was, wide awake.  My heart beat like a furious bass drum and my pulse was racing. It felt like I'd drank far too much coffee and had a caffeine buzz.

That was the first time. February 2009. A year after my hysterectomy and the medical trauma that ensued. The second time it happened I was driving the car to the office. My heart started to pound, my heart raced and I had an acute sense that I needed to run, like a bear was chasing me. Both times the feeling lasted for a while and then eased off.  Then they started happening every day, easing off by the afternoon.

I had no idea what was happening but since I was going to see the naturopath, I decided to tell her about it.  As I described to her what I had been experiencing, almost every day now, she listened and nodded. We decided on saliva tests to check on hormone levels and some other things. When they came back I was surprised to learn my insulin levels were extremely high, my cortisol levels were extremely high and and a bunch of other things were out of whack. Apparently they all affect each other. She recommended I see my medical doctor for tests - I did not expect that. 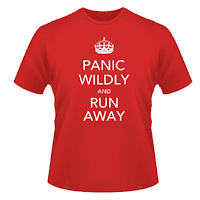 The one I could do something about. The other scared me.

I took time off and rested and dealt with it all naturally. I went on a diet and over the next year lost 55 lbs. I went for counseling and took natural remedies. I did not want to be on medication again. I had dealt with mind numbing depression in the past and knew about the side effects and didn't want to go there.

Within the year we lost our lovely family dog. Then my mother. A year later talk of being moved for our work.  Fear. Then the transfer came and it was traumatic. Too far. Too drastic. I thought I could handle it, but I couldn't. I thought I could do a little superwoman thingy and be strong. I had my faith, after all. God would see me through. Jesus would walk with me on the journey and take care of me. I had it all under control. I was better. Wasn't I?

By January 2012 the anxiety was relentless. Overpowering. Exhausting. Black clouds circled overhead while I clung to the desperate hope that I could overcome, I could get it under control. I longed to run away. As I drove the car to work I thought if I just kept going I could get on a plane and escape. Anything to get away from what was happening.

This is anxiety and depression. This is mental illness. And it's an awful experience.  One in five Canadians will experience a mental illness at some point in their life. Of the rest of the population, four out of five will have a family member experience it.  I've likely passed it on to my own children who have suffered it's affects. I'm now back on medication and feel so much better. Why did I wait so long? 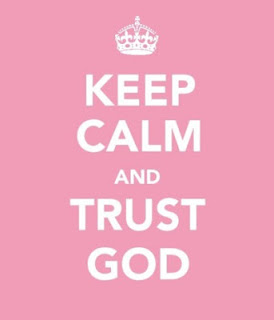 I've been hovering over the idea of this blog entry for days now. Bell did their "Let's Talk" thing and I knew I needed to tell people. I knew I needed to be honest. I knew that as a pastor in my organization it could affect my future. I knew it might embarrass me. I knew people would judge me for it and make assumptions about my abilities in my work with my organization as a leader.

When I started this journey into ministry I wanted to change the world. I wanted to make a difference and create a lasting legacy of love for God. I guess this is just one of the ways He wants me to do that.