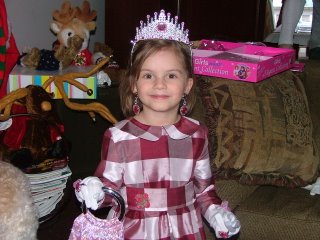 Mailea is here tonight! The boys wanted her to come and have a sleep over. It's kind of funny, they were all raised together for Mailea and Evan's first three and a half years. For those who don't know - Evan is my youngest child and Mailea is my oldest grandchild! Yes, "Father of the Bride Part Two" - that was us, my daughter and I pregnant at the same time. What a time that was!

There's a bond between Mailea and the boys. It happened from growing up for a while together. For the longest time Mailea thought that I was her second mommy! Sarah and I even had to substitute breast feed for each other and I think that led to a further bonding between us all!

Granddaughters are neat. They bring back so many memories. Playing with dolls, dressing up like a princess, make up and tea parties - us girls just kind of do that stuff. But Mailea can also run with the boys and she rides her bike and wears her hockey jersey too! 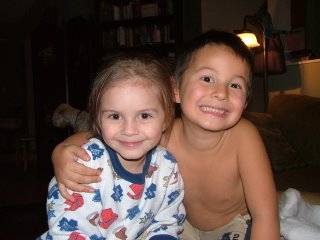 I thank God for my Mailea - her name means Myrtle Vine and it grows in the forests of Hawaii. It is harvested by hand at only certain times of the year and is used to decorate homes and doorways on special occasions and also adorns a bride at her wedding. Mailea is like that - God's special girl given to us to bring us geat joy and bring beauty to our lives.